All The Seasonal Tunes That Fit...

The idea of a homemade 'song a day'-type advent calendar/juke box came to me in late November a few years ago.

And when the tunes began they were, essentially, lullabies for our oldest kid who was still half a continent away cramming for final exams.

Then, once that kid got home about halfway through, the duets began. 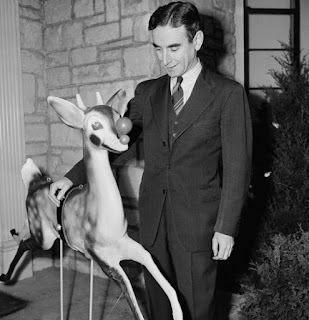 From Day 20 - Run, Run Rudolph
If you're like me you probably think that Chuck Berry wrote this tune. He did not. Instead, 'Run, Run Rudolph' was written by a carol generating machine by the name of Johnny Marks who also penned 'When Santa Gets Your Letter', 'Rockin' Around The Christmas Tree', 'The Most Wonderful Day Of The Year', 'Holly Jolly Christmas' and 'Silver and Gold' to name just a few...But here's the weirder than Keith Richards being punched out by Mr. Berry part...Mr. Mark's wife was Mary Margaret May Marks who was also the sister of Robert L. May (pictured above) the guy who, together with an assist from his daughter, actually wrote the origin story, initially as advertising copy insert for Montgomery Ward, of the ninth reindeer with the fluorescent red nose...Imagine that! 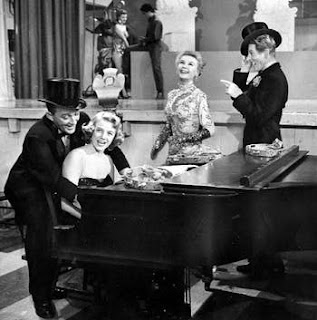 From Day 18 - White Christmas
Trying to pin down the true origin of Irving Berlin's ode to yuletide is almost as difficult as figuring out exactly when Kerouac started working on 'On The Road'...And part of that is because the song, like the book, had a long gestation period. Additionally, in his later years Berlin liked to make stuff up about how, where and when he composed the tune, so much so that the Arizona Biltmore Hotel began to falsely claim that he'd written the song by it's lavish pool...Anyway, it turns out that Mr. Berlin probably wrote the first draft of the song while staying at the Beverly Hills Hotel over Christmas in 1937. Berlin was there, alone, working on finishing off Alexander's Ragtime Band while his family was in New York and the snow and all that...This all becomes quite clear when you read the original first verse of the song that hardly anyone, including Bing Crosby in the movie of the same name, never sings...
..."The orange and palm trees sway/There's never been such a day/In Beverly Hills, L.A./But it's December the twenty-fourth,/And I'm longing to be up north."... 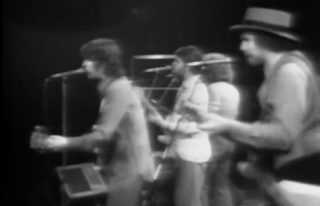 From Day 17 - Christmas Must Be Tonight
From Peter Viney, Band-O-Phile, written in 1998..."Why he should have chosen to re-record the song is interesting. He’s never done this with any other Band song, and though I enjoy his versions, they don’t match Rick’s voice on the original, and he would have known this better than you or me. It has to be that the song is personally significant to the point where he wanted to reclaim it. If the speculation around Levon’s autobiography is correct, then he (a) owns the publishing (b) bought out the shares for performing. If so, there would be very little financial motivation for re-recording it. He might just as well have offered the 1976 Band version....
{snip}
...It appeared too late for Band concert versions. Rick Danko seems to keep it up his sleeve, and offers it on solo dates in December of each year."... 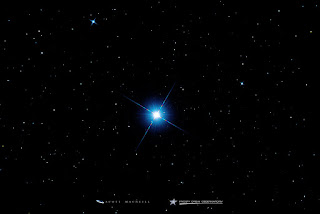 From Day 16 - Star, Star
This is an old Frames tune that later, post-movie, became a bit of staple for the Swell Season...In fact, I would be willing to bet it was likely a musical gateway for Ms. Irglova...Anyway, here it is in a medley from a few years ago (wait for 'Christmas Time in the Mountains' which, not so coincidentally, just happens to have been this
year's Day 15 Advent Juke tune) 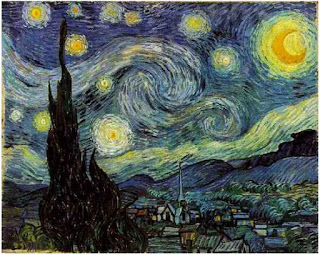 From Day 14 - Starry Starry Night
We badgered our Dad into buying the Don McLean album for that other song. This one quickly became my favourite even if, at the time, I didn't know the story behind it...But is it a Christmas song?...In the strictest sense, probably not but who cares...By the way this year's Advent Juke tune cumulative tune listens are now up to 6,703. 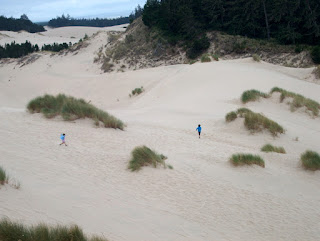 From Day 7 - The Rolling Hills Of Oregon
The tune covered here is Ian Felice's 'Mating of The Doves'...In my opinion young Ian is just about the best thing going in the land of musical storytelling anywhere and, just maybe, anytime...If you want to here is very first low-fi effort check out 'Iantown' (and don't let the Dylan vocal affectation fool you - this kid's the real deal). 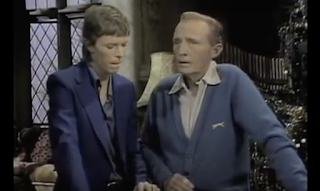 From Day 6 - The Little Drummer Weird
Bowie and Bing, together in 1977 singing 'The Little Drummer Boy' with some deft TeeVee show writers lyrical insertions for Ziggy Stardust to warble (and, apparently, happily so)...Watching this you would hardly guess that Bowie had only recently run away from his demons and addictions to Berlin and his trilogy...Not hard to tell, though, that Mr. Crosby was on his last legs - he didn't survive to see the Christmas special aired a few months after this was taped...You can watch that entire special....Here (my second favourite part is when a seemingly clueless Crosby introduces the video of Mr. Bowie's just released 'Heroes'). 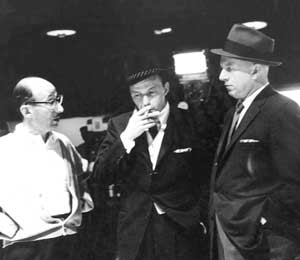 From Day 5 - Christmas Waltz
I really have nothing to say about this picture other than to say it sure does Jimmy van Husen (right) might be making it very clear to Sammy Cahn (left) exactly why he might want to get to work on that Christmas tune that Frank wanted so that he could knock Irving Berlin off the charts. 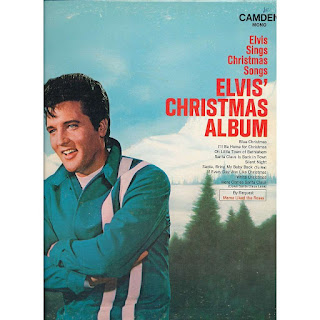 From Day 4 - Blue Christmas
If I remember correctly I bought my Mom this version of this album back when we still only had one those little record players in a box...Best memories, though were blasting it over the years on our first 'big' component stereo the first version which, I think, my Dad bought at the Hudson's Bay store on Douglas St. in Victoria.

From Day 1- Baby Please Come Home
It's the Whackadoodle and the Kitty Kat (Not) Fat!....After a difficult beginning they now get along famously....And the KK(N)F has pretty much stopped pulling down Christmas Trees.